The Express Entry System provides a fast-tracked route to Canadian permanent residence for foreign nationals who have certain in-demand workplace skills needed to fill job vacancies or skilled worker shortages in key industries. Admission through these economic programs is merit-based and competitive, and only the highest-ranking applicants will receive an Invitation to Apply for PR Canada.

There are three Express Entry Streams:

Each stream has specific requirements that must be met. If a candidate meets the minimum requirements, they may submit a profile through the online Express Entry System. Profiles will be evaluated based on several key measures and given a Comprehensive Ranking Score (CRS) which will determine the applicant’s ranking within the Express Entry pool.

There are two streams of business immigration that lead to permanent residence and Citizenship Canada:

Both programs offer a pathway into Canada for entrepreneurial immigrants who have the skills, experience, and desire to contribute meaningfully to the Canadian economy, either through investment and ownership in a qualifying business, or by bringing self-employed cultural or athletic talents.

In addition to Federally run immigration programs, each province and territory administers its own provincial nomination programs. These Provincial Nominee Programs (PNPs) aim to attract foreign nationals with the right education, skills, and experience to fill specific labour shortages.

While certain PNPs are aligned with the broader Express Entry System, each province and territory oversees its own programs and maintains individual eligibility criteria. Examples of popular programs include:

Provincial nomination provides all the same advantages as other immigration pathways, including permanent residence and citizenship Canada.

Family Class Immigration is one of Canada’s non-economic pathways to citizenship in Canada and was designed to reunite Canadian permanent residents and citizens with close family members who have been separated. While preference is given to a spouse, partner, or dependant child of a current PR in Canada, the program is open to:

Canadian PR or citizens who sponsor family members are required to sign an IMM 1344, a contractual agreement stating that the sponsor is responsible for supporting immigrating family members should they be unable to support themselves. 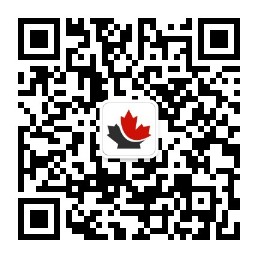 Before you book the Pre-intake meeting , Please Get an assessment done first